I just finished reading John Michael Greer’s post “The Free Trade Fallacy” from last November, and it got me intrigued.

As a libertarian, I usually face the charges Greer puts forth: if goods and capital can flow freely through borders, some countries will be much better at the expense of their populace and of other countries. Hardly, though, with such clarity as Greer’s. So much that I think merits at least a response (even if mine is not very brilliant).

A couple caveats before we get into the argument itself:

The flesh of Greer’s argument is here:

When there are no trade barriers, the nation that can produce a given good or service at the lowest price will end up with the lion’s share of the market for that good or service. Since labor costs make up so large a portion of the cost of producing goods, those nations with low wages will outbid those with high wages, resulting in high unemployment and decreasing wages in the formerly high-wage countries. The result is a race to the bottom in which wages everywhere decline toward those of the worst-paid labor force in the free trade zone.

Now, if a nation has high-wages, it will (sometimes) lose companies and thus jobs to nations with lower wages. But it will get cheaper products. This means that, even if nominal wages fall, real wages (purchase power) will either remain the same or even increase (because cheaper imports).

As capital moves to these configurations that yield smallest prices and biggest profits, and wages adjust accordingly, it is probable much more material wealth is produced and distributed widely. Little by little, amongst nation there evolves a specialization of labor, similar to the one that happen inside those nations, among individuals.

The mismatch between purchase power and capital investment that Greer identifies will only happen if real wages are lowered. And that demands something more than plain free trade. 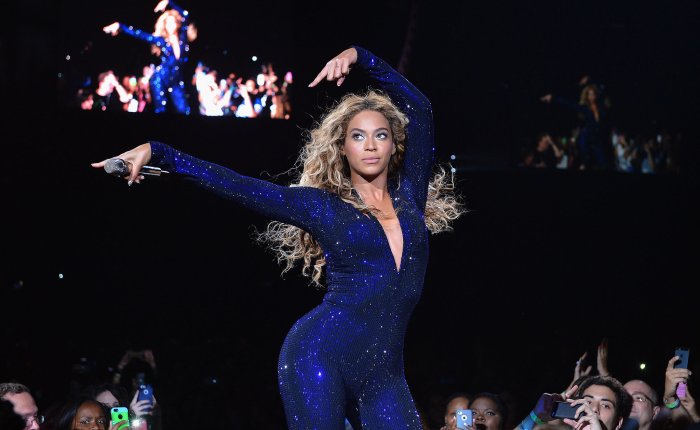 i’ve been around the reactosphere lately. the most impressive thing about it is how much i can agree with people, and draw completely different conclusions. this is LRx: establish a Left that can argue with it’s main (and most interesting) adversary in contemporary society, the Neo-Reaction.

i’ve selected a few texts i want to answer briefly, and so produce some groundwork for LRx:

Number 1: The Only Morality Is Civilization
Number 2: Civilizations Follow Cycles
Number 3: Demography Is Destiny
Number 4: Men Were Better In The Brave Days Of Old

a proper LRx to those themes would be:

Number 1: Morality and Civilization are Unsensual Sacrifice and Reality Denial

to begin with, Grant’s identification of society with civilization is at the very least misinformed. uncivilized societies survive (and survive longer) and thrive, sometimes even take over civilizations.

second, the whole “hierarchy of civilizations” thing is terrible for any kind of optimization. the open conflict among societies is the only guaranteeing that we won’t be stuck in some form of eternal order, and in this conflict civilizations tend to lose in the long run. defending them is shielding from reality.

That’s one of the details Howard borrowed from history. By and large, human societies that don’t have urban centers tend to last much longer than those that do. In particular, human societies that don’t have urban centers don’t tend to go through the distinctive cycle of decline and fall ending in a dark age that urbanized societies undergo so predictably. There are plenty of factors that might plausibly drive this difference, many of which have been discussed here and elsewhere, but I’ve come to suspect something subtler may be at work here as well. As we’ve seen, a core difference between civilizations and other human societies is that people in civilizations tend to cut themselves off from the immediate experience of nature nature to a much greater extent than the uncivilized do. Does this help explain why civilizations crash and burn so reliably, leaving the barbarians to play drinking games with mead while sitting unsteadily on the smoldering ruins?

if you want reality to rule, civilizations seem the worst way to do it.

Reason is something that must be built, and the site of its construction first requires a demolition. The object of this demolition is the synthetic capability that Kant refers to as the imagination, and which he exhibits as natural intelligence or animal cunning. This is the capability to act without the prior authorization of a juridical power, and it is only through the crucifixion of natural intelligence that the human animal comes to prostrate itself before universal law. Kant is quite explicit about this in the second Critique; only that is moral which totally negates all pathological influence, for morality must never negotiate with empirical stimulation. The Kantian moral good is the total monopoly of power in the hands of reason, and reason finds its principal definition as the supersensible element of the subject, and thus as fundamentally negative. In other words, morality is precisely the powerlessness of animality. (Delighted to Death, pp. 141-2).

morality is the sacrifice of animal cunning. and that is shielding from biology.

this is absolutely sane. the role of the Left in these cycles is accelerate decline.

Demography is indeed important (and Grant is right in pointing out how leftism tries to ignore it – to its own demise, since it’s a powerful tool against order). But demography is a function of the interaction of human populations with it’s environment in a systemic – ecological – way. Demography is derivate from the complex interaction of biogeophysical elements in the biosphere. Gaia moves in mysterious ways, and we are part of it (capital autonomization notwithstanding).

Number 4: People Were Better Off In The Lazy Days of Pre-History

Following our Number 1 theme, it seems pretty clear that the ancient or medieval standards of masculinity were civilized notions, and therefore need to be washed away if we are to produce a return to reality. the “laziness” and “indocility” identified with hunter-gatherer peoples are the ones that LRx cares about and wants to maximize. Cthulhu prompts us there.

2) in his “Rules for Brotherhood“, Warg Franklin provides a neat description of how male groups may shield against their main vulnerability: women. unfortunately for them, that’s a good guide for feminist intervention and disruption of powerful male groups. he doesn’t elaborate on the reverse: how groups of females may be affected by male disruption (or even how vulnerable a mastristic coalition would be to patriarchal brotherhoods), but you can look up the history of feminist movement and see that it has been strongest when women grouped around clear goals of self-help, and waned when they wanted to focus on “changing society” at large. the exploitation of such dynamics of disruptions of brotherhoods and strengthening of sisterhoods should be the Left’s most powerful weapon (as of now, it’s been abandoned by the incessant theoritical arguments on “who is the most oppressed?”).

Franklin’s analysis of state power hold some true in that local male brotherhoods provide a bulwark against tyrannical state power (insofar as the state power is not “organically ordered”). but the tendency of organized brotherhoods is to take over the state, not eliminate it. sisterhoods may, on the other hand, be completely unable to control large nation-state affairs and indeed run them down into dysfunction. a much more interesting outcome, from the point of view of the Left.

A mechanical process will be gamed, it will give rise to the the left wing, and it will tear society apart.

another tactical insight fighting the Absolute that the Left has ignored (or took for granted) in the latest years: mechanize processes, and society will fall apart. the adoption of cryptoanarchy and a Left comprised more of technologists and engineers than sociologists and journalists should be the way to go. that those things have been refused by the Left is a sign of its current fragility.

Successful rebellion is always, without exception, a mere tool of someone already in a position of power.

5) The Anti-puritan’s “The Consenting Llama” is a masterpiece of the ways technology is Left’s best friend:

6) last but not least, Spandrell’s “General Theory of Civilizational Decay” presents us with two great insights:

1) slavery is a fucking bad idea for thriving nations;
2) demographic invasion – however it’s done – is the best way to destroy civilization.

in general, reactosphere tends to provide the Left (at least a Left conscious of its role in society as a creator of turbulence and disruption through order and hierarchy shattering) with the tools that can be more consciously used towards its proper ends, as well as great analyses of the work done so far.